BROUGHT TO YOU BY THE CHARACTER DESIGN BLOGSPOT 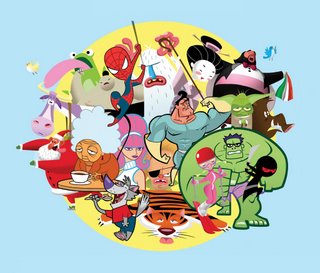 Tell me a little bit about yourself, about your life? Where did you go to school, and what classes did you study? What helped prepare you to become the artist that you are today?

Like most people reading this I've been drawing for as long as I can remember. My parents have home video footage of me in the garden drawing in a notebook at the age of 6! Of course the Disney animated films made an impression on me at an early age & seeing Pixar's 'KNICK-KNACK' & Katsuhiro Otomo's 'AKIRA' in the late Eighties made me want to become an animator. In our teens, my brother & I were given an Amiga computer one Christmas & with a programme called Deluxe Paint you could make simple bitmap-based animation. It was crude but my designs now moved! I was hooked. Through school I was lucky to have a couple of very inspiring art teachers, Dyfed Davies & John Williams who encouraged me to seek a living in the graphic design industry, although they couldn't advise me on how to get into animation. They really pushed DRAWING & held regular life drawing classes after school & also recommended local art-classes in the nearest town. So I became used to doing regular life-drawing from about the age of 16. After school in the UK if you want to go to art-schoolyou have to do a one year art foundation course in a local college first to qualify. This really is a great opportunity for creative kids to try their hand at every discipline & then specialize. We did pottery, sculpture, print-making, textiles, painting etc. & then I specialized in graphics & was one of three who spent all our time in a dark room playing around with different forms of animation on the rostrum. I had two teachers there, Ed DAVIES & Pete Prendergast, who were incredibly good. Just opened my eyes to art & the world. Took us to galleries & museums in London, introduced us to John Berger's essays, had us life-drawing in the dark or working on a drawing of an arm for weeks then telling us to erase it to make the point it's the KNOWLEDGE that's important!

While on this foundation course I found an art school in South Wales that offered a degree course in animation, so I applied there & managed to get in. I was very nervous about getting on the course because there seemed to me to be no other way of being able to do animation apart from this. So when I was there I took it very seriously & worked as hard as I could because I knew that to get into the industry was very difficult & one had to be a very strong draughtsman to even be considered. However, upon graduating, Warner Bros. Feature Animation in London (where I was hoping to work) closed down! I tried to get into commercial animation houses in London but the industry was in a 'dry spell' & I returned to South Wales managing to get a job for Dave Edwards' studio who had produced SUPERTED & The Animated Shakespeare.
I stayed there for 2 years all the time visiting London studios until I eventually got a job in summer 1999 & moved to London. I've been working in commercial animation freelancing at studios around town since. Based primarily at Studio AKA for 2 years & then Uli Meyer Animation up to the present. I feel lucky for having been trained by very inspiring teachers. I mustn't forget to mention the influence of Chris Webster at The Glamorgan Centre of Art &
Design where I did my degree. He really is passionate about all forms of animation & inspired & supported all the students who were on his course. He also made sure we were all able to function as working animators when we graduated so we could read dopesheets, bar charts, make sound break-downs & do everything that would be required of us. It was all invaluable
education for me.

How do you go about designing a character, and what goes through your mind, from start to end?

Well, naturally you start with the script & absorb all the physical & behavioral descriptions of the particular character. I like to think about the character as much as possible & begin to try to SEE it in my mind, acting & moving & begin to build up a sense of WHO the character is. depending on the style of the project I'll start to look at various sources of visual reference. I like to keep this as broad as possible & seek inspiration from very different places. I'll look at sculpture, modern, ancient & tribal. Picasso, Henry Moore & Rodin & the African gallery at the British Museum are always great inspiration. I'll look through my 'morgue' of magazine cuttings for anything that may be relevant. I'll look for films that may spark a different approach. I'll look through old sketchbooks for faces or people I've drawn that may help. Then I'll start sketching, playing around with shapes, alternative sizes & proportions until I come up with something that starts to feel right. So through this process of thinking, researching & drawing I'll usually find the right approach. I find there's no sure way of doing it, no formula, so every time is different. Sometimes it can be frustrating or worrying even if the deadline's tight but I find it always a challenge & that's what makes it enjoyable.

What do you think really helps you out in designing a character?

TIME is always a luxury. I find on TV/commercial schedules the turnaround time is so short that often designs suffer. Sometimes the pressure forces a unique & workable solution but that's rare. Generally I like to have enough time to explore something fully. Not that I work slowly but I've learnt to hand over something that I'm HAPPY with because I'll have to live with it for ever! Also, a clear conception of the show, story & characters helps. I've worked on too many projects that aren't thought through or aspire to be a mix of what's already out there & successful. There's nothing like an ORIGINAL concept to give you faith in a project & inspire good, fun design. Unfortunately one has to pay the rent & all too often I find myself struggling to polish something that is flawed from the outset.

Good, solid life-drawing always gives people confidence that you can DRAW. Then, in the London commercial scene at least, several examples of sketches & finished designs showing your OWN style will express your identity as a designer with a unique voice. Then, examples of turnarounds, expression sheets etc. of shows that you've worked on will demonstrate versatility & your ability to adapt to any style. A sketchbook too will show you are visually interested in the world around you & able to capture it. It will say everything about you & show your interests &
influences. It basically shows you are alive & intelligent!

What are some of the things that you have worked on?

I've mainly worked in TV commercials. I started out doing design, storyboard, layout & animation for TV series here in the UK. I've always seemed to work across all these areas of production just through a love of the medium & drawing. At Uli Meyer Animation I've been fortunate to design & direct spots for Nickelodeon, Sky TV, Nick Jnr. etc. At Cartoon Network Europe I've storyboarded & designed original characters/backgrounds for many of their on-air promos & print campaigns. I was involved in the story department on The Corpse Bride for a period. I've done many concept pieces for projects at Uli Meyer's.

Is there a character design you have done that you are most proud of?

I'm most proud of characters that I've created that are for my own projects.


What are you working on now? (If you can tell us)

With Uli Meyer Animation I'm developing a TV series idea of my own. It's called HEIDI: Alpine rescue & we're working on a pilot film at the moment.


Where is the place you would like to work if you had a choice?

Ideally, for myself, producing a series or film at my own studio. Otherwise Pixar, The Orphanage or Aardman.


Who do you think are the top character designers out there?

How do you go about coloring the character, what type of tools or media do you use?

I'm using pen & ink, pencils, painted textures/elements on paper etc. then scanning into Photoshop & assembling a working rough in that before usually cleaning up with vector lines.

What part of designing a character is most fun and easy, and what is most hard?

The early, exploratory stage is the most fun. Letting go of it & signing off is the hardest!


What are some of your favorite character designs and least favorite, which you have seen?

The best have been by Ronald Searle, Milt Kahl, Jim Henson, Picasso, Nick Park, Ward Kimball, J. Otto Siebald, Mary Blair, Voutch, Kiraz, Sokol, Tom Oreb, Ed Benedict, UPA, Chuck jones - all the usual suspects. Plus there's some great designers on the animation blogs right now - dozens of them! The worst designs have been in most TV animation around the world since the fifties.


What is your most favorite subject to draw? And why?

I've noticed that I'm extremely happy drawing animals! Because of the infinite variety in shape & form, even within each species, it's always incredibly rewarding to draw animals.

What inspired you to become an Artist?

My parents were always very encouraging & supportive as were my formative art training years & teachers mentioned above.

What are some of the neat things you have learned from other artists that you have worked with or seen?

The way Picasso dealt with shape & form has influenced everything we do as cartoonists/designers. The way he drew anatomy is mind-blowing, every time different.
He just exploded the human form & gave us so many different ways to express it. Ronald Searle shows that stacking eyeballs on top of each other is really funny! Ralph Steadman taught me that you can be messy & make positives from mistakes. Designers I've worked with in London have taught me countless tips on Photoshop. Colour theory & composition from colleagues, artists, comicbooks & films.

What wisdom could you give us, about being an Artist? Do you have any tips you could give?

Try to look at everything in the world & digest it & sift through it appropriately & put that into your work. Walking down the street keep your head up, be observant & experience life & the world as fully as possible. Get out more! as artists we spend too much time at our desks, it's important to live a life too otherwise the work gets stale, un-inspired & boring. Got o as many museums & exhibitions as possible. But don't limit your horizons; look at fashion, design,
performance theatre, ballet/opera,graphic design - EVERYTHING! Keep a sketchbook at all times & try to record your life & all these influences but at the same time look for a balance between LIVING life & DRAWING IT - that's the difficult part.


Email or weblog is fine by me.


Finally, do you have any of your art work for sale (sketchbook, prints, or anything) for people that like your work can know where and when to buy it?

Not yet but I plan to in the future. I'll keep you posted.
3 comments

HERE ARE SOME OF HIS DESIGNS

CLICK HERE TO GO BACK TO THE CHARACTER DESIGN HOMEPAGE 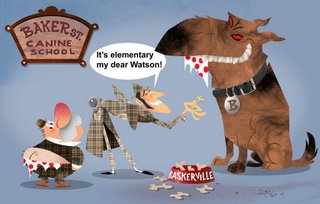 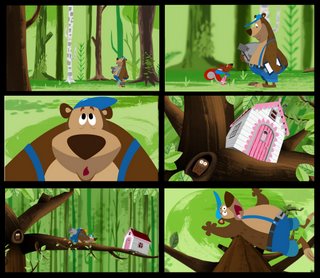 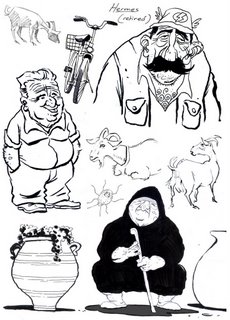 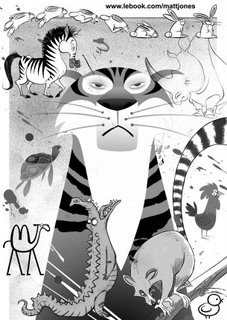 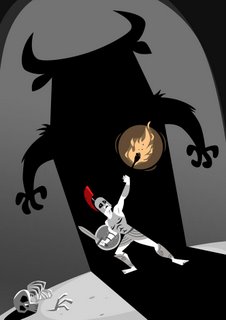 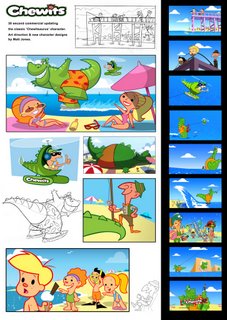 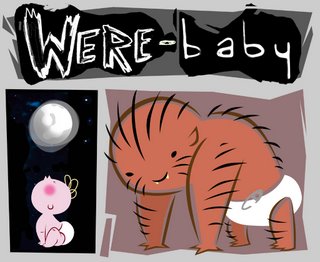 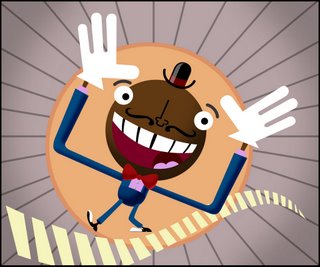 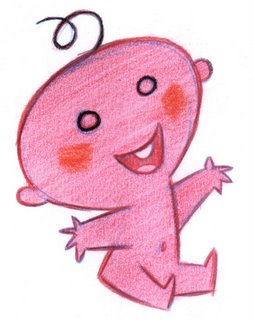 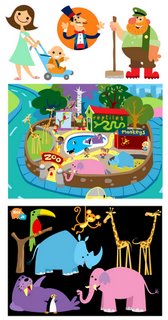 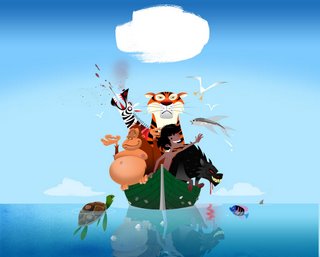 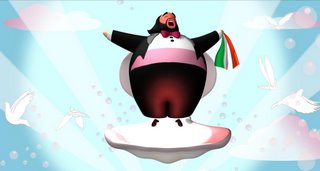